Shacambria plans to become a nurse practitioner, a domestic violence advocate, and eventually start an organization to assist women who are balancing school and being a parent. 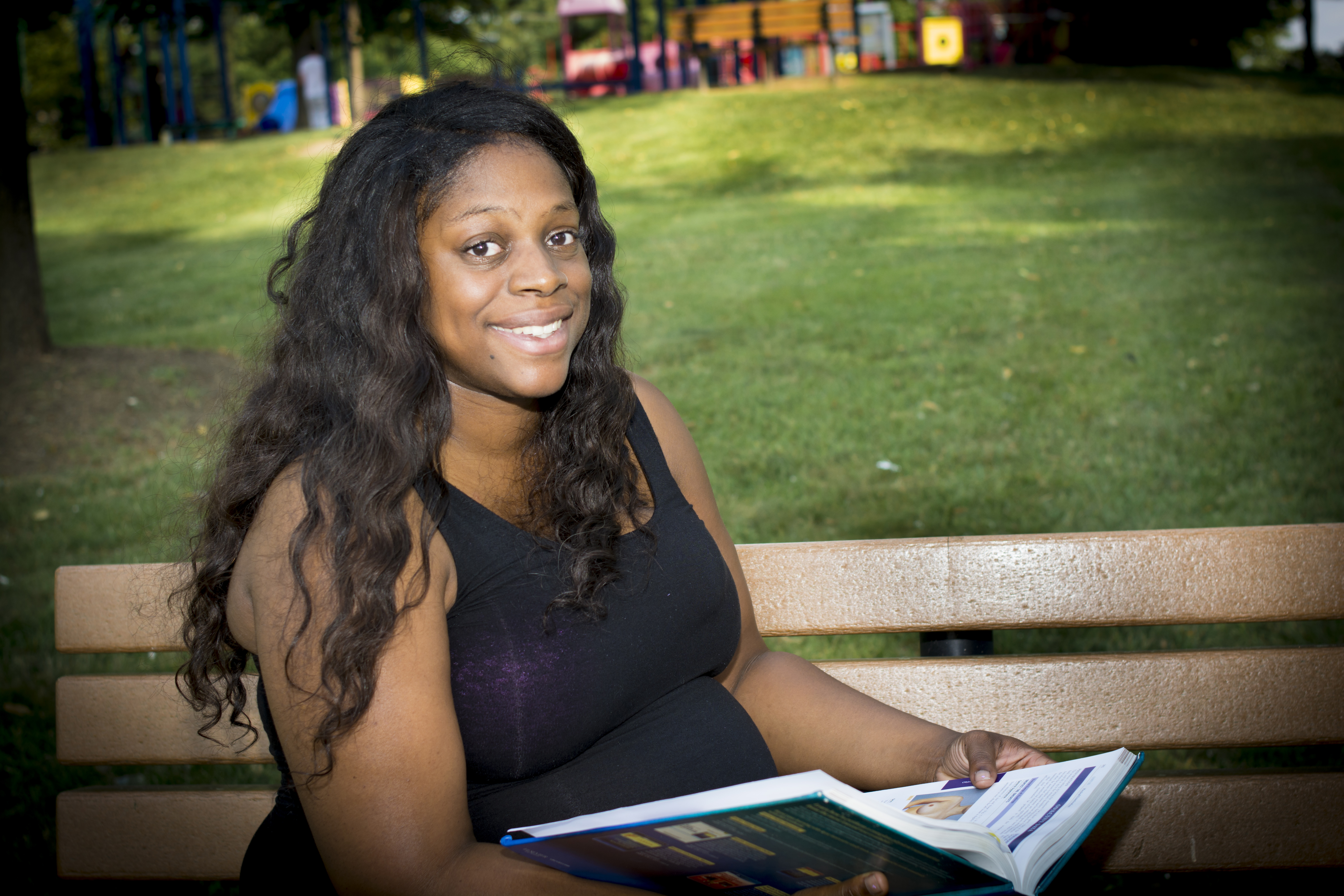 “I have managed to accept the past, manage the present, and work hard on the future.”

As a child, Shacambria witnessed first hand the cycle of abuse: Her stepfather abused her mother, who in turn singled her out from her siblings and physically and mentally abused her. She was told constantly that she would amount to nothing in life.

“My childhood was a recipe for disaster that taught me I was never loved and that I was nothing.” At the age of 7, Shacambria began her first of many suicide attempts, by swallowing a bottle of Tylenol.

The Cycle of Abuse

The abuse cycle continued when Shacambria found herself in an abusive relationship at the age of 21 and pregnant with her abuser’s baby. The man she was in love with hit her, raped her, pulled a gun on her and threatened to kill her and then himself. All of this did not matter because she felt loved, she loved him, and she was excited to have a baby.

Shacambria realized she had to end the relationship with her baby’s father and escape his abuse when one day, as she was nursing her baby, he angrily stormed into the room and threw her into the wall. The spell was broken, and she realized she had to save not only her child, but the 7-year-old inside of her who used to swallow bottles of Tylenol to escape her mother’s abuse.

Knowing he would not allow her to leave the house, Shacambria calmly dressed the baby and waited until her boyfriend was in the basement to escape to her car. She drove to a domestic violence shelter and never returned to her abuser. It was at this shelter Shacambria learned that what she experienced in her relationship was not love, but was domestic violence.

She decided at that moment she had to completely change her life around for both herself and her child: She started counseling, got a part time job at the Red Cross, and enrolled in college to become a nurse.

With Determination and Courage

Her college career has not been an easy journey. During her spring semester, Shacambria became both pregnant and homeless. With her daughter, Shacambria lived in a homeless shelter for 9 months, and gave birth to her second daughter while there. Despite this hurdle, she successfully completed the semester.

The Director of Financial Aid at her college writes, “… Despite every setback that she faced, she never broke. She never said ‘why me’ or ‘when will this finally end?’ Instead, she just had this indescribable resolve to simply continue on for herself and her children, and that is exactly what she did.”

Shacambria was able to move out of the shelter with the help of the organization, Your Way Home.

The Live Your Dream Award helped Shacambria pay her rent for one year while she was in school, so she could worry less about becoming homeless again.

While she was able to overcome homelessness for a year, she is still living in poverty. She realizes that finishing her education is the first step for her to escape poverty, and the Live Your Dream Awards will help her accomplish her goals.

Shacambria plans to complete her associate’s degree in nursing this December, and will enter right into a bachelor of science in nursing program. She hopes to graduate in August. Her long-term goal is to complete a master’s program to become a nurse practitioner, a domestic violence advocate, and to eventually start an organization to assist women who are balancing school and being a parent.

Shacambria has already used her life experience to help another single mother. She offered guidance and support to another student and mom facing homelessness. The support was desperately needed and much appreciated by the other student.

The abuse cycle will end with Shacambria.

I have managed to accept the past, manage the present, and work hard on the future.

She wants to devote her time to helping mothers and girls who, like her, want nothing more than to be successful.