Read the inspiring story of a remarkable survivor of sexual abuse, Aziza Kibibi McGill Ayinde, and learn how you can help women just like her. 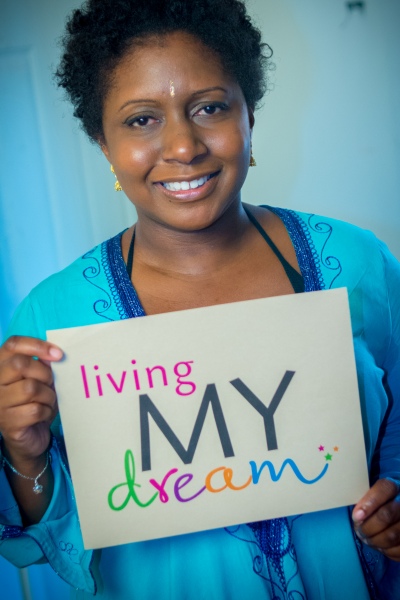 Soroptimist & LiveYourDream.org would like to introduce a woman near and dear to our hearts, one of our past Live Your Dream Awards finalists, Aziza Kibibi (McGill).

Aziza's story is one of pain, but more so of the triumph of spirit to overcome, and a story of how women (like you!) were instrumental in changing Aziza's reality.

She is not a victim, but a survivor, and she flourishes in her new life. She is the recipient of a Live Your Dream Award, which will allow her to continue her education and pursue her dreams. Here is her story...

Last year I took a major step in my life and entered a world that was foreign to me. The world of formal education. I was homeschooled by my parents until I was about eleven, after which I taught myself. If I asked my parents what a word meant, they sent me to read the dictionary. If I wanted to know how something worked, I was instructed to look it up in the encyclopedia.

I learned fourth grade math by watching 'Square One' on PBS and Mr. Rogers taught me how crayons were made. But my childhood consisted of more than just reading books and watching channel thirteen. 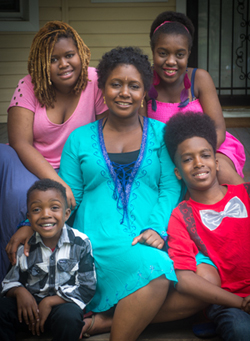 When I was eight years old my father decided to give me hands on lessons about what some people refer to as the birds and the bees.

By the time I was ten, he was having intercourse with me, and taught me how to perform oral sex on him. By the time I was eleven, he had me watching pornography more than I watched educational television, and he'd penetrated me in every part of my body. All attempts at escape failed and he deemed me his sex slave.

At fifteen I got pregnant with my first child and by the time I turned the age where most girls are celebrating their sweet sixteen, I gave birth to my own sister.

I've been pregnant with five of my father's children, four of which I carried to term. Two are healthy, and two had genetic disorders, which is a challenge in itself.

After losing custody of my children to foster care, emancipating myself from my father, getting my children back and recovering from the death of my fourth daughter, I decided I was going to school. I got my GED and I applied for college.

I am currently a Liberal Arts Communications major with a 3.68 GPA, I run my own catering and baking business, I've written a book on my experiences and I administrate two online blogs. Not bad for someone who started off with less than a fourth grade education, huh?

In my first semester of college last year, one of my classes was sociology. I learned about Karl Marx, W.E.B. Du Bois and a host of other experts of human behavior in society. What stood out to me in sociology class, was Robert K. Merton's idea of 'The Self Fulfilling Prophecy.' As I read about his and other theories of socialization I applied them to some of my experiences growing up, my lack of socialization and how I integrate myself in society now.

When I was younger I dreamt of being able to go to school. I created an existence in my mind where I was in control of my life and my destiny.

And even after I started having children for my father I never gave up on the possibility of escaping him. Then one day after the first domino in my life had been knocked over, I turned around and realized I made all the dreams I had as a child a reality.

And though as a single mom I don't get enough sleep, my bank account has question marks instead of dollar signs, and I don't know what comes on television anymore; I truly understand the meaning of liberation.

I'm going to school and furthering my knowledge of the world and the people around me.

I am raising my children without the oppression that my father inflicted.

I am free to do what I want and how I want.

And though as a single mom I don't get enough sleep, my bank account has question marks instead of dollar signs, and I don't know what comes on television anymore; I truly understand the meaning of liberation.

The prophecy that I created when I was a child in an attempt to protect my sanity, is being fulfilled; and I couldn't be more grateful.