Sandra has overcome a lot – poverty, abuse, rape, single motherhood, and the death of a child. But she's determined to improve her life and her children's lives, and the Live Your Dream Awards will help her do that. 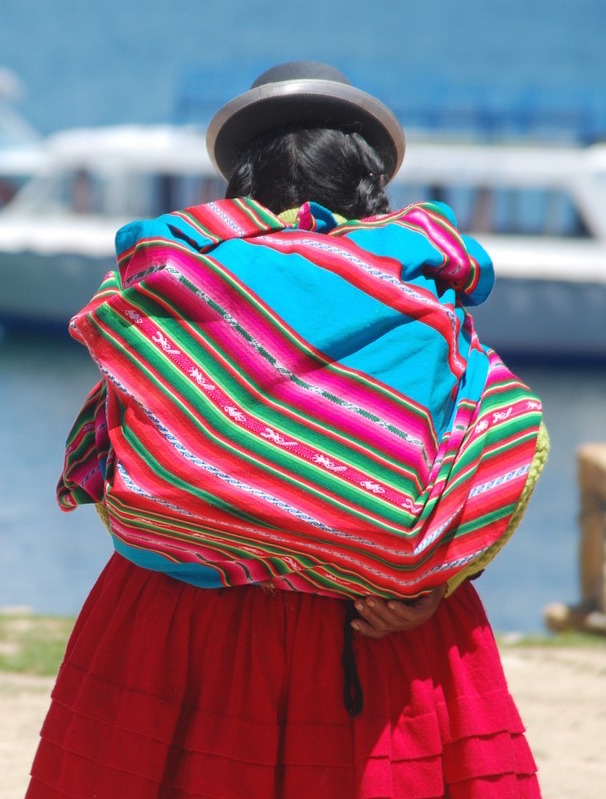 “Everything I went through pushes me forward so I can finish school. I want to overcome all obstacles so that my son and grandson can become good people.”

Life first began throwing challenges at Sandra Rojas Fernandez of Bolivia when she was just a baby. When she was seven months old, her father passed away, leaving her young mother alone to care for Sandra and her three brothers.

Times were hard and even the young children had to pitch in, washing clothes and cooking for other people. When the children almost drowned washing clothes in the river, her mother sent them to live with relatives hoping they could have a better life. Unfortunately, for Sandra, that led to a childhood filled with neglect, physical abuse, and rape.

Sandra’s mother sent Sandra to live with her aunt and uncle in the city of Sucre, where she was told Sandra would get an education. But it wasn’t long after going to live there that Sandra figured out that her aunt and uncle’s promises for a better life were false.

They beat her, often refused to feed her, and forced her to work at their store. When she could take it no more, Sandra ran away and was placed in a foster home. A few days later her mother, who she had not seen in almost seven years, came to pick her up.

From Bad to Worse

Now remarried, Sandra’s mother took her home to live with her and her new husband. Sandra’s mother worked during the day, leaving Sandra home with her stepfather, who turned out to be an alcoholic. He tried raping Sandra several times while she was home alone with him.

“I didn’t want to tell my mother so she wouldn’t suffer,” Sandra recalls.

But Sandra’s nightmare continued, when her stepfather’s son one day came to the house visit and found Sandra alone. He raped her and when she told her mother what had happened, she was not believed.

I left the house, carrying all that pain.

By age 15, Sandra was pregnant. She eventually married the father and together they had three more children. Unfortunately, he drank a lot and was abusive to her and the children.

Finally, Sandra found the courage to end the relationship. She got a divorce and began focusing on her children to pull her through the heartache. But the bad times were far from over. Sandra’s oldest son suffered from depression and committed suicide. Her daughter got pregnant and then married at a very young age. And then, during all this emotional chaos, there was an explosion at the nearby mine, which caused her house to be destroyed. Sandra and her family lost everything and had to live in a tent for some time.

Picking Up the Pieces

At the age of 43, she is picking up the pieces and working to gain her high school diploma, with help from her Live Your Dream Award. Her ultimate dream is to study at the university in Orujo City and to become a chef.Though she has endured incredible hardship, Sandra is determined to keep going and to improve her life and her children’s lives, including a young grandson whom she supports.

“Everything I went through pushes me forward so I can finish school,” said Sandra. “I want to overcome all obstacles so that my son and grandson can become good people.”