Sex Trafficking of Women and Girls

IF YOU SEE, HEAR, OR SUSPECT SOMEONE YOU KNOW IS IN IMMEDIATE DANGER, PLEASE CALL 911.

If you or someone you know has been trafficked or is being sexually exploited, text “BeFree” (233733) or call the National Human Trafficking Resource Center hotline at 1-888-373-7888.

Sex trafficking or slavery is forcing human beings into any form of commercial sexual exploitation.

This includes pornography, prostitution and the sex trafficking of women and girls—characterized by the exploitation of a human being in exchange for goods or money.

Sex slavery is caused by inherent gender inequalities allowing the demand for sex slaves to flourish—the belief that women and girls are sexual objects that can be bought and sold.

Think sex trafficking only occurs someplace far away from where you live? Think again. It exists around the globe and possibly, even in your hometown. Meet trafficking survivor and Live Your Dream Awards recipient, Myla. 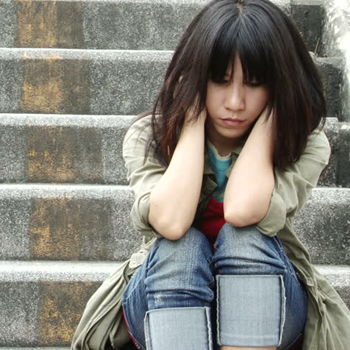 Not-So-Happy Fact: It is estimated that up to 21 million women and girls are currently living as sex slaves. (Source: Equality Now)
Happy Fact: You can help STOP this horrible crime and give a voice to women and girls!

Myla was a poor single mother of two and primary care provider for her ill mother. When her neighbor asked her if she would like to work for her, Myla thought her prayers had been answered. She raised enough money to buy a plane ticket from the Philippines to Malaysia, where the alleged job was located. Once there, however, she realized she had been horribly deceived.

Myla was a victim of human trafficking—sexually abused, forced to take drugs, denied food for days. Fortunately, she escaped and after spending months on the streets and in jail in Malaysia, returned home to her family. With the help of the Live Your Dream Awards, Myla is now working toward a bachelor’s degree in business administration and rebuilding her life.

To end sex slavery, we use a multi-dimensional approach including raising awareness, advocating for better laws and enforcement, and providing resources and programs like the Live Your Dream Awards to give survivors the opportunity to improve their standard of living for themselves and their families.

We believe there is strength in numbers to raise awareness about trafficking. Because with awareness comes power ... the power to finally put an end to sex slavery.

You can help stop trafficking by sharing the facts, raising awareness on a local and national level, and advocating for legislation that supports survivors. In addition, you can inspire survivors to change their lives by applying for the Live Your Dream Awards!

Here's What You Can Do To Help

Read What Women Have to Say

Check out our Your Dream blog, featuring newsworthy articles and survivor stories from our community.

Give the Gift of an Education

Make a donation today to help women and girls achieve their educational goals.

This site uses cookies. By continuing to visit this site you are agreeing to the use of cookies.